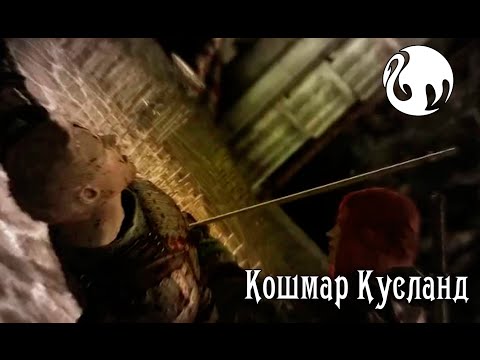 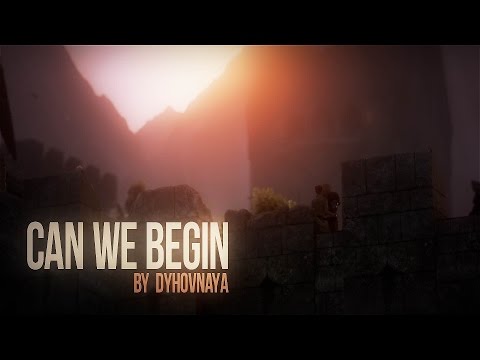 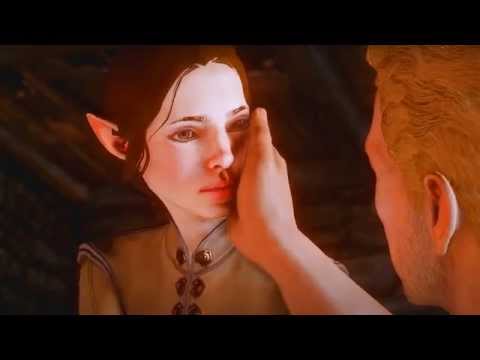 Contains violence. Parody only. Chuck Norris is not really in this video, nor does he endorse it.

This is what I would call a 'low budget' video. I put four cutscenes together in the toolset for the montage, and I shot them without going back and fixing things like characters sliding around, or the VFX that totally do not appear. I just took what I had and threw it together in this video.
Yes, it is heavily inspired by the Assassin's Creed II gameplay trailer:
http://www.youtube.com/watch?v=a12e3iKzqlw

Audio:
Walker: Texas Ranger theme song
Dragon Age Origins opening song
AC2 "walkin' tune" (whatever they call it, it is NOT by that band they got tagged with.)

One day TW sent me a short video demonstrating the 'killallhostiles' script in DAO. She makes cutscenes by subbing an NPC for her PC and loading saved games -- in this instance she was doing something with Duncan on the Fort Drakon roof. So Duncan walks out, TW types in the command in the console, and the archdemon keels over dead.
Not impressed, I said, "Oh, I thought Duncan was going to just punch out the archdemon. You should do that as a cutscene learning project." (I'm such a tough critic!)
But then I thought that was somehow Chuck Norris-y, and though of "Duncan: Texas Warden." I mean... it's a different colour, but he's got a beard and all.... And I wanted to do a video in the style of the AC2 'assassin walkin,' so.... THIS happened!
Haha, I thought I would have to chop the song down because I wouldn't have enough clips to fill out all that time. Then I loaded in the Fort Drakon footage by itself, and it was way over. But that was okay, it was meant to be cut down into quick snippets. Some of them should have been quicker and/or more cut down but... eh, like I say, "low budget." How it turned out is it! 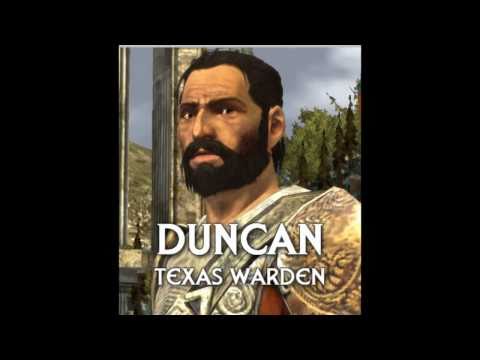